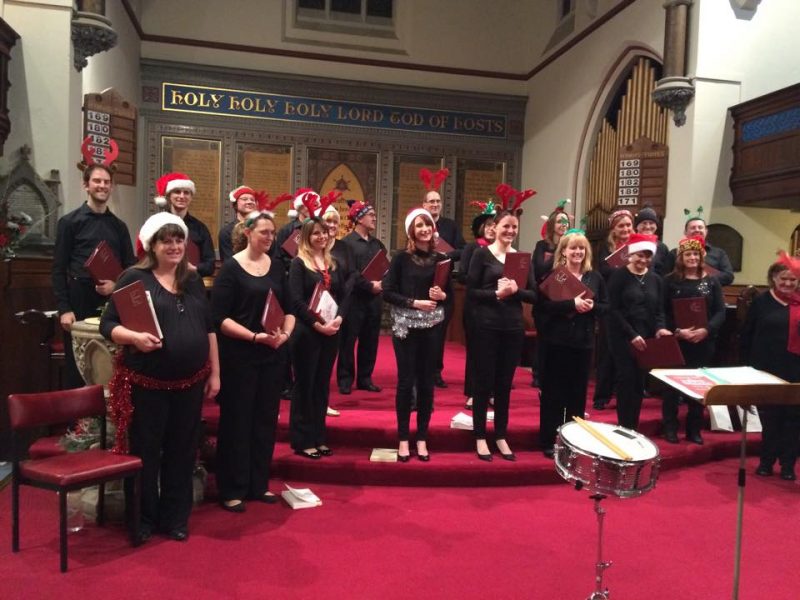 Sue Ryder is a national charity that is passionate about giving people the care they want. They have 13 care centres across the UK providing care and support for people with palliative, long-term and end of life needs. Locally, they operate the Duchess of Kent Hospice and Nettlebed Hospice. Many of us will know people who have had the benefit of their care. In October last year, Louise was amazed and proud to be named Sue Ryder’s Creative Woman of the Year in a fabulous award ceremony at the Madejski Hotel. She was nominated for the award for her work in choral music with Tamesis and other choirs. As a result of the award, we wanted to give something back to the charity, so in April we recorded our third choral album, ‘Christmas’, with £3 from every CD sold going directly to Sue Ryder. Much of this evening’s programme is on the CD, so if you like what you hear, you can snap up your copies in the interval or at the end of the concert: it’s the perfect musical accompaniment to your Christmas preparations and a super festive present for tricky recipients!

« Help for Heroes Fundraiser with Ascot Brass» Golden Light
We use cookies on our website to give you the most relevant experience by remembering your preferences and repeat visits. By clicking “Accept”, you consent to the use of ALL the cookies.
Cookie SettingsAccept
Manage Consent

This website uses cookies to improve your experience while you navigate through the website. Out of these, the cookies that are categorized as necessary are stored on your browser as they are essential for the working of basic functionalities of the website. We also use third-party cookies that help us analyze and understand how you use this website. These cookies will be stored in your browser only with your consent. You also have the option to opt-out of these cookies. But opting out of some of these cookies may affect your browsing experience.
Necessary Always Enabled
Necessary cookies are absolutely essential for the website to function properly. These cookies ensure basic functionalities and security features of the website, anonymously.
Functional
Functional cookies help to perform certain functionalities like sharing the content of the website on social media platforms, collect feedbacks, and other third-party features.
Performance
Performance cookies are used to understand and analyze the key performance indexes of the website which helps in delivering a better user experience for the visitors.
Analytics
Analytical cookies are used to understand how visitors interact with the website. These cookies help provide information on metrics the number of visitors, bounce rate, traffic source, etc.
Advertisement
Advertisement cookies are used to provide visitors with relevant ads and marketing campaigns. These cookies track visitors across websites and collect information to provide customized ads.
Others
Other uncategorized cookies are those that are being analyzed and have not been classified into a category as yet.
SAVE & ACCEPT
Powered by